What is a laparoscopic gastropexy? 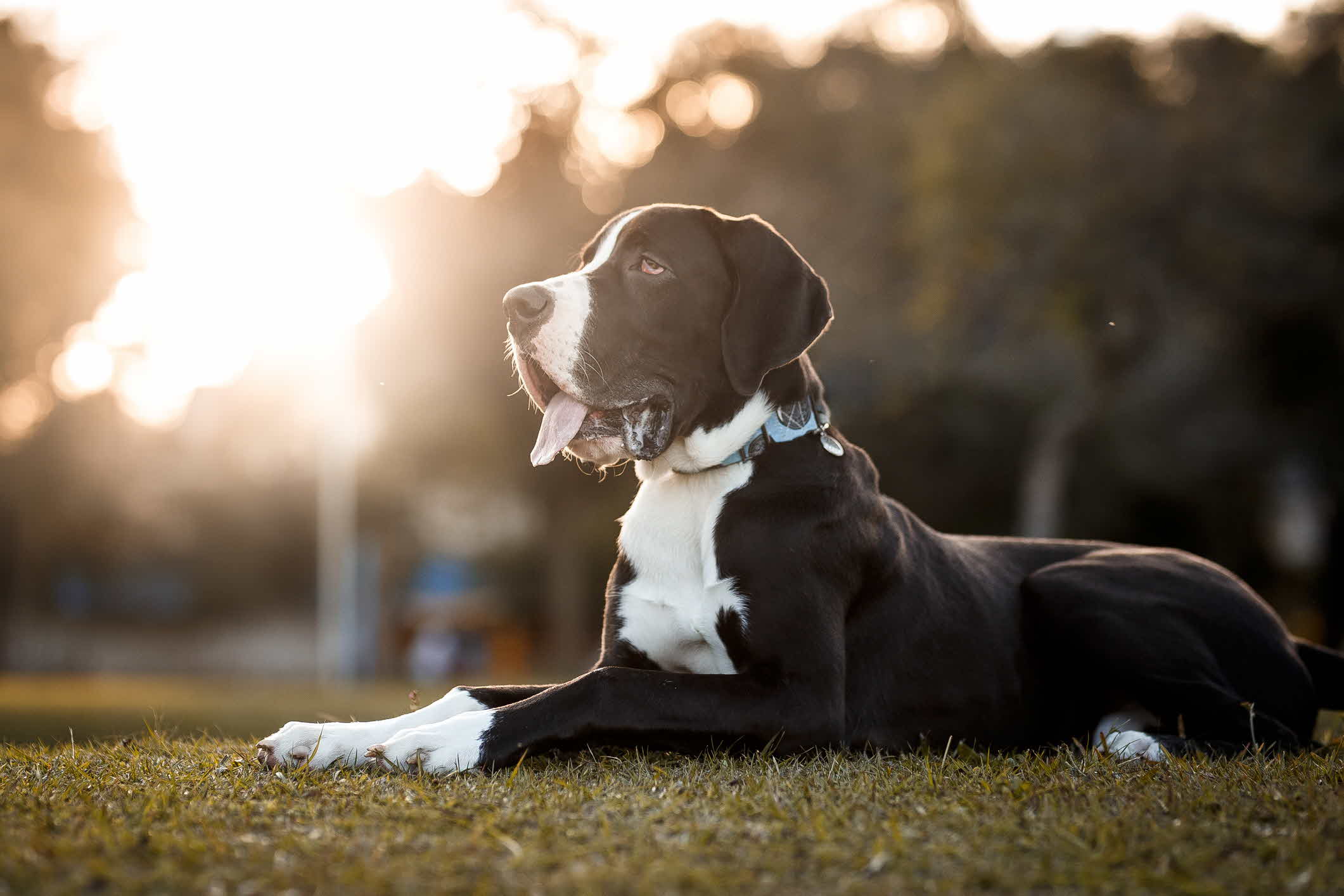 Gastric dilatation-volvulus (GDV) is an emergency condition in dogs, which involves swelling and twisting of the stomach. It most commonly occurs in large to giant breed dogs that have a deep chest. The condition is commonly associated with the ingestion of large meals – a situation can then develop where food and gas cause the stomach to dilate and can reach a stage where neither can be expelled.

GDV causes damage to the stomach (and often the closely associated spleen) due to stretching of tissues and disruption of blood vessels, and also triggers a state of cardiovascular shock which can damage other organs such as the heart, kidneys and intestines.

Emergency medical stabilisation and surgery is generally required, and in some cases even with surgery, some pets sadly do not survive the condition. As a result, it is generally recommended that “at-risk” dog breeds have a preventative gastropexy surgery performed.

What does gastropexy surgery involve?

Gastropexy is the surgical attachment of the dog’s stomach to their inside body wall, making it much less likely to twist should it ever become dilated. A gastropexy surgery traditionally involved a surgical approach via a long incision along the dog’s abdomen. This allows good visualisation of the required area - and is still a necessary approach to many abdominal surgeries, and emergency GDV’s.

What is a laparoscopic gastropexy?

Laparoscopic surgery involves use of robotic Minimally Invasive Surgery (MIS) Systems to gain access to the inside of the belly via very small incisions in the abdominal wall, through which cameras and specialised long-handled surgical instruments can be inserted. This allows the surgeon to look inside the abdomen to find certain organs, grasp them with forceps, tie off blood vessels, and cut and remove small areas of tissue, without ever fully opening up the animal’s abdomen.

This allows certain abdominal surgeries to be performed with a rapid recovery, and less scarring. Laparoscopic gastropexy is a gastropexy performed using a MIS System.

What advancements have arisen in laparoscopic veterinary surgery?

With earlier generation robotic surgery systems, instruments were rigid, limiting a surgeon’s movement within the abdomen because of the small entry points. Therefore, surgeons were generally limited to laparoscopic-assisted gastropexy, where they used an MIS approach to find and position the stomach, but were then required to make another slightly larger incision in the belly wall to gain access for stitching.

However, the latest generation robotic MIS systems have flexible, articulated ends similar to a human wrist, allowing much greater mobility of the grasping forceps for positioning organs and placing stitches. This has allowed specialist veterinary surgeons to perform completely laparoscopic gastropexies (through small access points only) for the first time, as well as other completely laparoscopic procedures such as adrenal gland removal, gall bladder removal and gut biopsies.

Can my vet perform laparoscopic surgery?

Generally, the use of robotic MIS Surgery systems is only feasible in very large or specialist veterinary hospitals where their high set-up cost and additional training requirements can be offset by frequent usage.

If your dog is deemed “at-risk” for GDV and you would like to consider the option of laparoscopic gastropexy, ask your veterinarian whether your pet would be a good candidate, and if there are any nearby vet hospitals performing this surgery.

Find a Vet near you