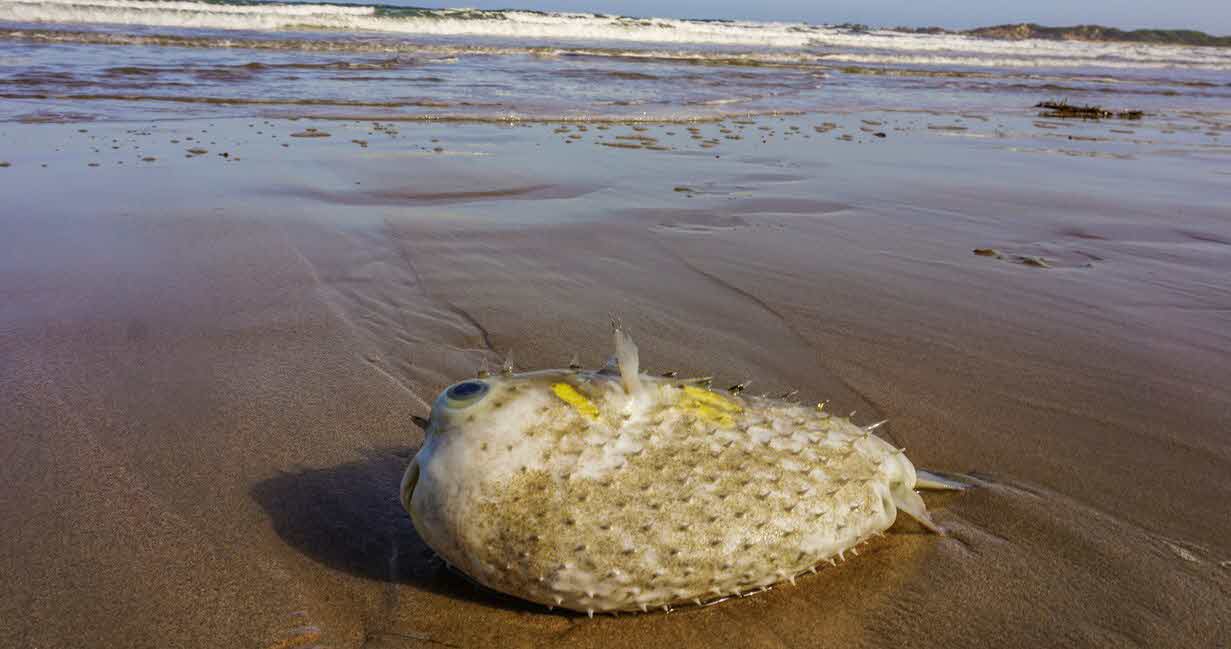 There is often nothing better than taking your dog for a walk on the beach, particularly if you live near river and ocean shorelines to explore. However, not everything washed up on the sand is dog friendly and it is important to know what to avoid.

This article outlines the dangers of Blowfish toxicity, how it can affect your dog and what your vet may do to treat it.

Blowfish are part of a larger scientific family of fish known as Tetraodontidae. They are also commonly known as Pufferfish, Toadfish or Toadies. They all produce a potentially deadly toxin called tetrodotoxin, which is generally contained in varying levels within their skin and internal organs (e.g. the liver).

Other than the Blowfish, the Blue Ringed Octopus also produces very high levels of tetrodotoxin.

When your dog eats a Blowfish or Blue Ringed Octopus, they potentially ingest a lethal dose of tetrodotoxin. Tetrodotoxin is what is known as a neurotoxin, meaning it attacks the body’s nervous system.

Dogs with tetrodotoxin toxicity may show signs of:

What should I do if my dog has eaten a Blowfish or Blue Ringed Octopus?

The most important thing to do is to immediately contact your local veterinarian or veterinary emergency centre. They may ask you questions such as:

They may also ask you to bring in any remainder of the fish so it can be identified. Keep in mind that Blowfish and especially the Blue Ringed Octopus can be very dangerous for humans too, so they should only be collected if it can be done safely.

How will my vet treat my dog?

It depends on how unwell or how severely affected your dog is, but after assessing your dog the treatment plan may include the following:

Unfortunately, there is no antidote to this toxin and treatment generally involves removing as much toxin as possible from the body (such as through making the dog vomit) and supporting your dog (such as intravenous fluids and possibly breathing for them) until the toxin wears off.

If you suspect that your pet may have ingested a fish or octopus that may contain tetrodotoxin, then it is critically important to seek veterinary attention as soon as possible. So enjoy your beach walk, but if you’re concerned about your pet, then contact your local veterinary clinic immediately.

See also: What to do if your dog eats something they shouldn’t have