What you need to know about cattle diseases 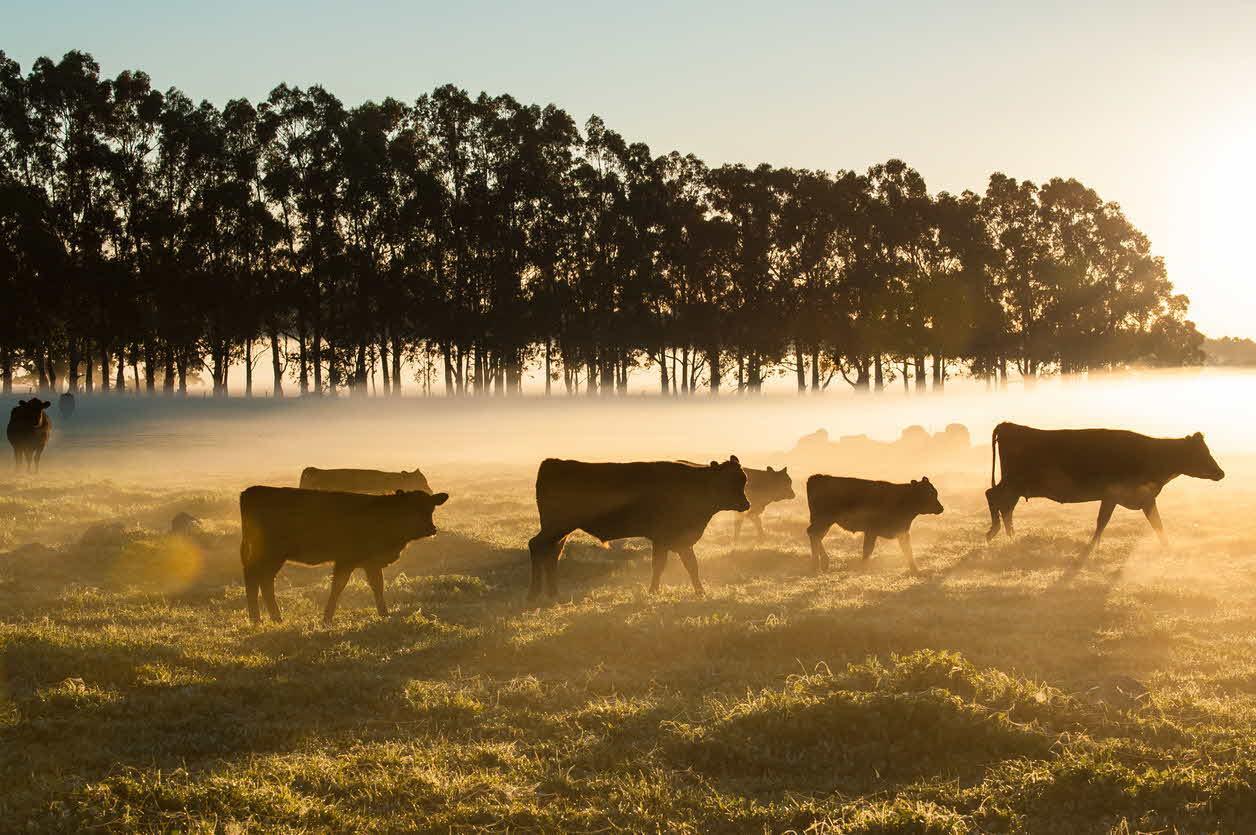 Australia is in a privileged position in that we are free of some of the world's worst animal diseases such as foot-and-mouth disease and avian influenza H5N1.

The government works hard to prevent  our livestock from encountering these diseases and, in addition, has many measures in place to control threats from other, less serious diseases.

However, there is no doubt that animal pests and diseases will always be a major threat to Australia's livestock and poultry industries and an outbreak could impact on access to export markets and undermine livelihoods.

According to Meat and Livestock Australia, diseases that affect cattle, sheep and goats may be caused by:

Livestock affected by disease may not always show obvious clinical signs, however, the disease may still be having a negative impact on productivity by:

Diseases also have a negative impact on the welfare of animals, especially when animals are suffering clinically. Diseased animals are usually in a weakened state, so they are less able to feed, drink and seek shelter and are at risk of attack by predators.

Here are some of the more serious cattle diseases, courtesy of the Department of Agriculture:

Anthrax is an acute disease caused by infection with the spore-forming bacterium called Bacillus anthracis. It can affect a wide variety of animals. The disease usually occurs very suddenly in cattle and sheep. Affected animals are found dead often with no previous signs of illness with most cases of disease occurring in the 'anthrax belt' which is also known as the 'sheep/wheat belt' of Australia. Humans are also susceptible to anthrax, although human cases are very rare in Australia. The risk of human infection occurs when examining, skinning or cutting up an infected carcass.

Bovine spongiform encephalopathy (BSE), also known as 'mad cow disease' is a progressive, fatal disease that affects the nervous system of cattle. BSE is one of a number of transmissible spongiform encephalopathies (TSEs). Transmissible spongiform encephalopathies (TSEs) in animals are a class of rare brain diseases that are associated with the accumulation of abnormal prion protein in the brain, which affects the central nervous system. These diseases are very rare, fatal and are characterised by spongy degeneration of the brain. There are no validated live animal tests, no treatments and no vaccines for these diseases. Diagnosis is made on post-mortem. There are a number of TSEs that affect both people and animals.

Enzootic Bovine Leucosis (EBL) is a disease of adult cattle due to infection with the bovine leucosis virus. Cattle may be infected at any age. Most infections do not show clinical signs. Some cattle over three years old develop persistent lymphocytosis and a smaller proportion develop lymphosarcomas (tumours) in various internal organs leading to premature death.

A scheme to eradicate EBL from the Australian dairy herd began in the mid 1990s and, based on herd testing results, freedom was achieved in the dairy industry on 31 December 2012.

Foot-and-mouth disease (FMD) is a highly contagious animal disease that would have severe consequences were it to be introduced into Australia. For this reason, Australia has in place detailed response plans and arrangements, while government and industry preparedness is under continuous review.

Both strains are endemic in Australia, although the disease is not common.

The disease can have serious economic effects due to production losses if it is not controlled. More information about both diseases is available on the Animal Health Australia website.

A revised national approach to the management of Johne's disease in cattle was agreed by key stakeholders (including Australian livestock industries, government and the veterinary profession) and implemented in 2016.

There are a number of serious diseases that are termed “notifiable”, and must be reported to agricultural authorities. Veterinarians are educated about these diseases and are legally bound to report them, if they are found in any animal. A list of notifiable diseases can be found on the Department of Agriculture  website.