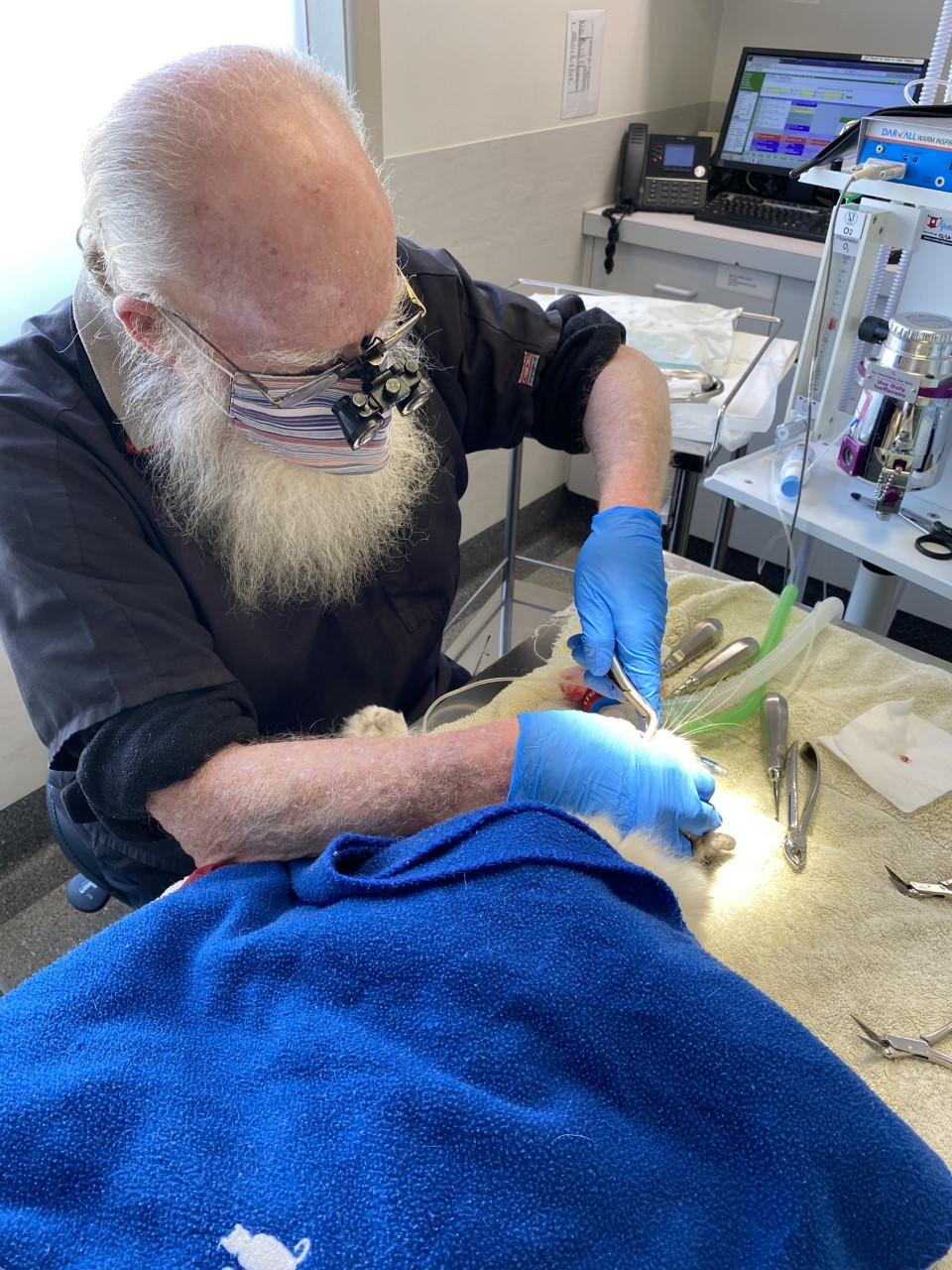 With an almost 50-year career under his belt, Melbourne small animal veterinarian Dr Rod Salter still enjoys going to work every morning – something he puts down to not taking his work home with him and being surrounded by a supportive family.

Dr Salter graduated from the University of Melbourne in 1972 and achieved Membership in the Australian and New Zealand College of Veterinary Scientists (ANZCVS) for veterinary dentistry in 1993. Membership with the ANZCVS is an official recognition of a veterinarian's knowledge and experience in a designated field of veterinary science.

A passion for veterinary dentistry

After initially spending five years working in mixed-animal practice in Wonthaggi, Shepparton, Echuca and on Kangaroo Island, Dr Salter returned to Melbourne as an assistant veterinarian in Springvale in the southern suburbs of Melbourne.

“Whilst there, I did an occasional shift at the newly formed Animal Emergency Centre in Mount Waverley and eventually became the manager of this practice in 1980. For a different challenge, I next started my own small animal practice in Ormond in 1984 and worked there full time until early 2005. Since then, I have worked as a locum GP vet and I run Melbourne Mobile Veterinary Dentistry where I perform advanced veterinary dentistry procedures in general practices when requested.”

“I enjoy anything, and everything, to do with vet dentistry. Virtually everything I do is for the functional improvement of the patient and invariably it’s a win-win-win for the patient, the owner and me. To change a pet’s manky mouth into a healthy one is so rewarding!” said Dr Salter.

Camaraderie of the AVDS

Being a Life Member of the Australian Veterinary Association (AVA), Dr Salter has been closely involved with AVA activities throughout his career, especially with his beloved AVDS.

“The camaraderie of this group is extraordinary. With a fundamental philosophy of support, I believe that not only have we all benefitted as individuals, but we have also heightened the awareness of veterinary dentistry in Australasia - as is reflected in the extraordinary number of attendees we get at professional development events that are conducted,” said Dr Salter.

There is more information available here about a career as a veterinarian.

We all know how important dental health is for our own teeth...
Dental dilemmas...

Maintaining horse health is paramount and gives rise to the human–horse...
Origins of equine dentistry

Important steps to dental and oral...

Important steps to dental and oral...