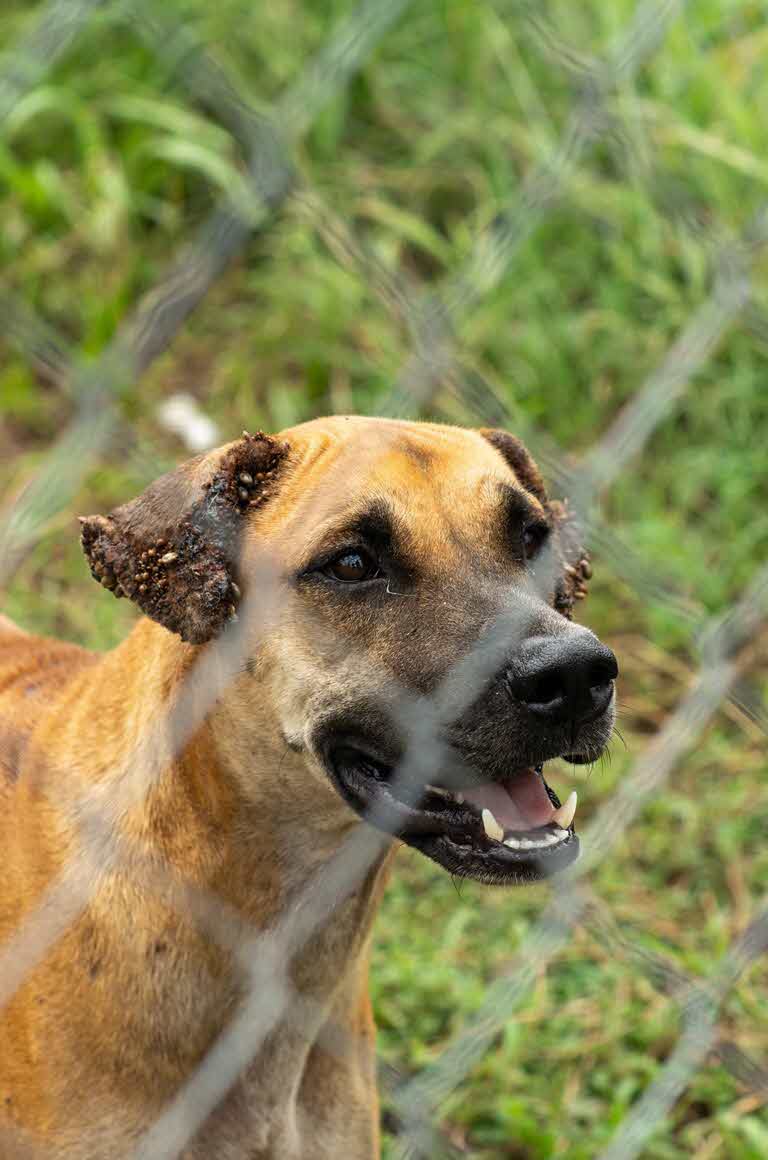 Since Erlichiosis was first detected in the Kimberley region of Western Australia in May 2020, there has been growing public concern about what this disease may mean for pet dogs Australia-wide.

If I live in an area not considered to be endemic (outside of the NT and the Kimberly region of WA), should I be concerned about Erlichiosis?

The Brown Dog Tick has historically been considered a tropical parasite, occurring through northern and central Australia, but typically not found as far south as Perth, Adelaide, Sydney, Melbourne or Hobart.  Recent studies however indicate that the distribution of this tick is expanding; further studies are required to better define the geographic range of the Brown Dog Tick (and the range of Ehrlichia canis within those ticks).

While the Brown Dog Tick generally prefers warmer climates, it is very good at establishing indoors or in kennels, meaning that it is possible that if these ticks are transported outside of their normal range, the ticks, and any tick-borne diseases that they might be carrying (like Ehrlichia canis), can establish in other regions.  This is just another reason why regular and effective tick control is essential for your pets!

Should I be taking measures to protect my dog from ticks, even if I am not in one of the endemic areas?

Absolutely! There are a number of other tick-borne diseases (i.e. diseases transmitted by ticks) that are already endemic in Australia, and these have been detected beyond the current Ehrlichiosis endemic regions. Stopping ticks from biting your dogs is critical to preventing any tick-borne disease.

Ticks themselves can also cause health concerns for your dogs. Residents of the East Coast of Australia are likely aware of the potentially-lethal paralysis tick (Ixodes holocylus).  Brown Dog Ticks, if attached in sufficient numbers, can also cause life-threatening anaemia, as well as skin irritation and potential infections, at the site of attachment.

What is the current situation in endemic regions in the Northern Territory and the Kimberly region of Western Australia?

Many of the communities where canine ehrlichiosis is being detected are hundreds, if not thousands of kilometres from the nearest vet clinic or animal health supply store.  These communities are accessed via unsealed roads, or for islands, via expensive charter flights or infrequent barges.  The socioeconomics of these communities are such that disadvantage and poverty are common, and even where community residents may have physical access to veterinary clinics and animal health products, financial barriers often prevent them accessing these products and services.  Seasonal climatic conditions favour tick reproduction in these regions, and with limited funding for effective preventatives, tick control is often sub-optimal.  Accessing treatments for any animal health concern is a major challenge for remote community residents.

As a result, Ehrlichiosis is having a devastating impact within endemic regions of the NT and the Kimberley, with vets who provide services to these remote regions reporting significant deaths – up to 30% of dog populations in some communities.  This severity might be because, being a new disease for Australia, dogs here have no natural immunity to ehrlichiosis. It might be because many of the dogs with ehrlichiosis also have other diseases (including other tick-borne diseases and/or parvovirus) and the combination of these diseases overwhelms their immune system.  It may also be because the bacterial strain of Ehrlichia canis that is in Australia is a particularly severe strain. More research is needed to understand this disease and its impacts in Australia.

The emotional impact of the ehrlichiosis outbreak on both vets and community residents in endemic regions is palpable - dogs are both valued companions but also often serve important cultural and/or spiritual roles in some remote Aboriginal and Torres Strait Islander communities.

For those dogs that survive acute infection by Ehrlichia canis, AMRRIC – a national not-for-profit organisation that advocates and facilitates remote Aboriginal and Torres Strait Islander community veterinary and animal-focused educational services - holds grave concerns for the potential of these cases to transition into a chronic phase of the disease resulting in significant animal welfare concerns. In these remote regions where animal welfare authorities are few and far between, and limited funding results in infrequent veterinary services and sub-optimal parasite control, the barriers in preventing, and rapidly responding to both acute and chronic cases of canine Ehrlichiosis is deeply concerning.

What is involved in the response to Erlichiosis in endemic regions?

Since first detections of Ehrlichia canis in May 2020, AMRRIC has recognised the significance of ehrlichiosis for remote communities and dedicated substantial resources in response.

As a peak body with the unique space of remote Aboriginal and Torres Strait Islander community animal health and management, AMRRIC has advocated and provided advice on how government-led response efforts can cater to the unique context of remote Aboriginal and Torres Strait Islander communities and associated resource deficits. AMRRIC have encouraged a One Health approach, promoting transdisciplinary connections, particularly between animal health, human health and environmental health stakeholders, and have stepped into the role of knowledge broker, assisting the various jurisdictions to identify many of the stakeholders required to be engaged as part of the government-led ehrlichiosis surveillance and responses efforts. With the disease continuing to have a devastating impact on dog populations across large regions of Australia, AMRRIC’s advocacy is ongoing, working with their networks to identify and advocate research needs, facilitating workshops on animal health impacts and One Health risks, and formulating contextually appropriate tick prevention advice and seeking support to enable communities to access these products.

AMRRIC have also partnered with a number of stakeholders to produce a variety of culturally and contextually appropriate educational resources to raise awareness of ehrlichiosis and its prevention.  These educational resources include an animation, posters and school lesson plans. These resource have been shared widely, including the animation on the Australian Government’s Outbreak website.  AMRRIC staff have also contributed to a number of media articles (e.g. this ABC News article, and this community radio interview), raising awareness of the disease and its impacts.

What challenges are faced in the prevention and treatment of Erlichiosis?

The challenges are geography, logistics (including difficulties with access during the wet season), the scale of the populations (AMRRIC estimates 30,000+ dogs in remote Indigenous communities nationally), and cost of delivering both veterinary services and providing effective preventative products.  Language and cultural barriers can also add to the complexity.

How can the public assist with the Erlichiosis response?

AMRRIC is actively fundraising to put effective and preventative anti-parasitic treatments for Ehrlichia canis, in the hands of rural and remote Aboriginal and Torres Strait Islander communities. If you would like to support this work please donate here.

Difference between beef and dairy cattle

As you drive past fields full of cattle, you might have noticed that they don’t...
Difference between beef and dairy cattle

Do you have a dog that shakes their head all the time...
Pet ear infections

Heartworm is an often-deadly parasitic disease of dogs spread by mosquitos...
Heartworm disease

Cane toads have proven to be an extremely adaptive invasive species by making...
Cane toads adaption to new environment