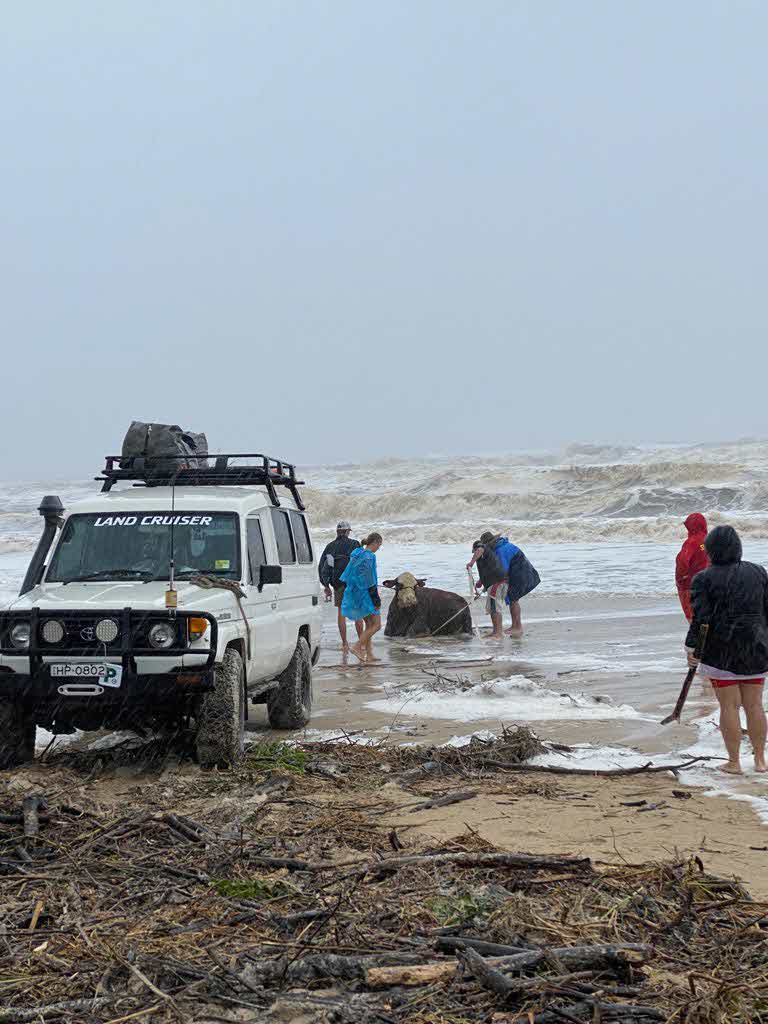 Unprecedented flooding affected large areas of New South Wales in March, with thousands of people and their properties impacted. Livestock and wildlife were also affected as the rapidly rising floodwaters swept animals away and marooned others without access to feed.

Veterinary practices in the flood-affected areas have provided an incredible response, assessing and treating injured and sick animals.

Dr John Parbery is a senior partner at the Hawkesbury Equine Veterinary Centre in the Hawkesbury Valley. He said many people underestimated the size of the flood and did not prepare themselves adequately or move horses in time, and as a result several horses drowned and others received horrific injuries.

“The floods in the Hawkesbury have been absolutely devastating and they are suggesting it was a one in a 100-year flood. One of the biggest issues was getting to clients and patients in trouble. In my case, there were some horses where it was impossible to reach them. We also had the issue with so much local flooding that so many smaller roads and routes were cut off, making getting around our district very difficult,” shared Dr Parbery.

“We divided our vets to either side of the river to be able to still service all of our clients. This became a bit taxing as the same vets had to pull up night after night for on call as well. The local SES were unbelievable in their assistance - whether it be delivering drugs on our behalf across the river to reach injured horses in areas where we could not actually physically attend, to assisting clients to swim or retrieve their horses from paddocks cut off or inundated with water.”

Further north, Taree near the Manning River experienced a fast-moving flood. Dr Stuart Knox is one of the partners at Taree Vet Hospital.

“Our practice is about thirty percent large animal and the lower-Manning dairy farmers had all sorts of problems with lame cows and mastitis. The scale of it – we’d be looking at 25-to-30 lame cows in a herd, or a couple of farmers couldn’t milk for several days, so their production went from 25 litres down to 10 litres and these cattle that were standing on little islands, didn’t get a feed for well over a week. We’ve had to shift these cattle. And with horses, there’s been lots of cut horses that have either swum or gone over fences or through fences,” said Dr Knox.

Along with several of his team, Dr Knox’s own property was cut off by the flooding, and initially he and several colleagues were unable to get into the veterinary practice.

“I was cut off for five days, though surprisingly, you can still do a bit on the phone. You can talk to people and get them in contact with various local agencies that can help them,” explained Dr Knox.

A range of injuries and illness seen

Following the floods, veterinarians have seen an increase in many types of conditions such as foot abscesses, skin conditions, mosquito-borne viruses and cuts and wounds discovered once horses or other livestock were able to be examined properly.

“Our main challenge was to have enough vets available to attend the affected animals, as many of our vets were unable to attend clients as they were flood bound themselves,” said Dr Parbery.

Dr Knox has been inspired by how his staff and the local community responded to the flood crisis.

“People have just gotten on with it - like a lot of the farmers just got on with things or helped neighbours. There is one bloke out on the islands who was out there in quite a large punt, before the SES were doing anything. He was out there rescuing people. One of my neighbours commandeered a tractor and was evacuating people with that. It’s really just people doing things without any encouragement and just seeing what’s in need and doing it,” said Dr Knox.

It is a sentiment shared by Dr Parbery: “It is always inspirational at times like these that communities come together to help each other and so many heroic people often go above and beyond to help others,” he said.

Being able to work closely with clients who have become great friends and having...
Rewarding work as a rural large animal...

The variety and challenge of treating...

Working with unusual and exotic pets offers a diverse and challenging career...
The variety and challenge of treating...