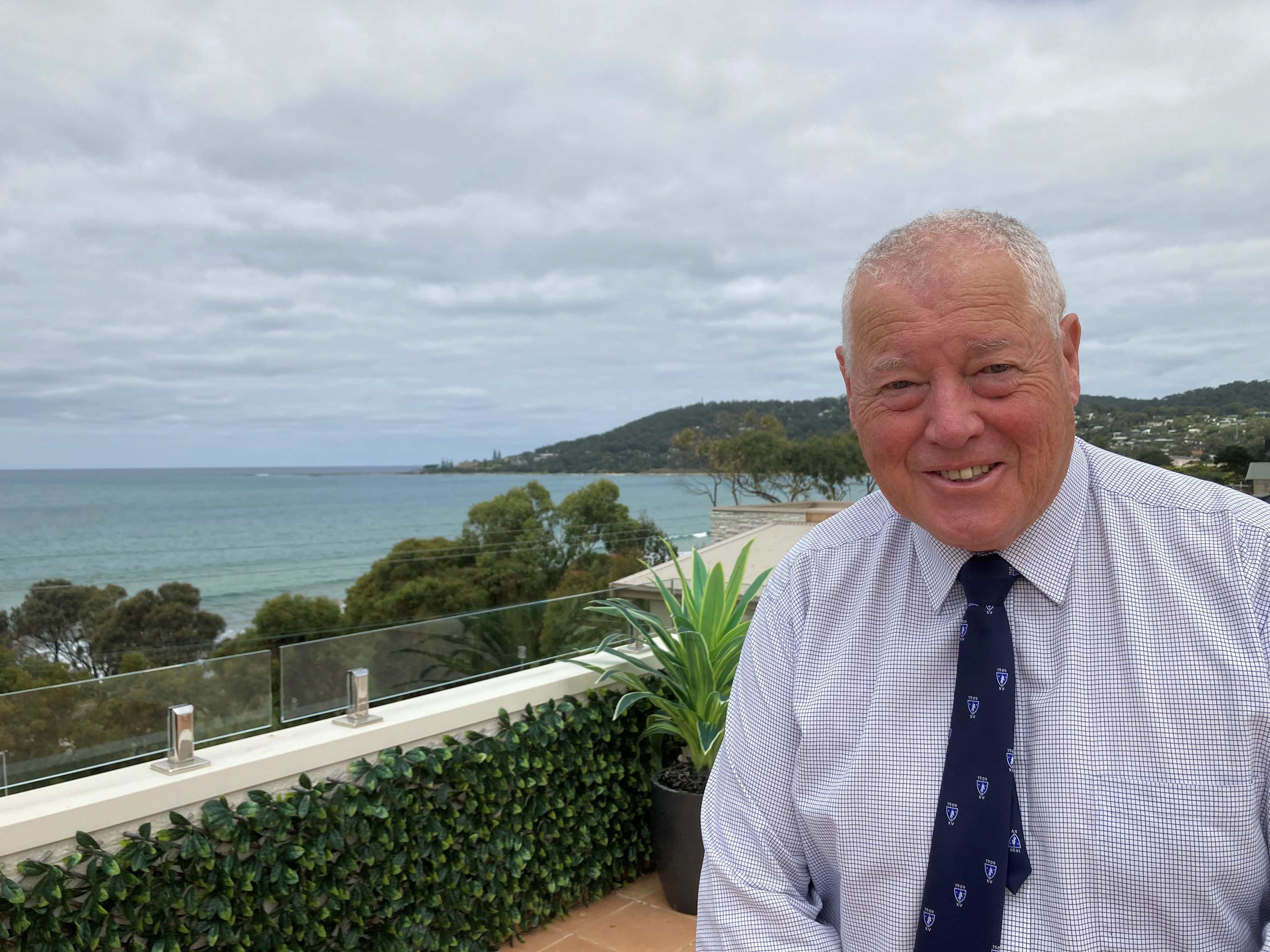 For an Australian veterinarian who has dedicated the best part of their life to representing their field at the highest level, there is no greater honour than to receive a Member of the Order of Australia. For equine veterinarian, Dr John McCaffrey this became a reality on the 26th January this year, when he was presented with the award in recognition of his significant service to veterinary science, and to equine welfare.

During his appointment as Director of Veterinary Services, Dr Suann says that “John played a key role in the development of quarantine procedures to facilitate the participation of international horses in the Melbourne Spring Carnival”, a key turning point in the history of the Melbourne Cup. “When Vintage Crop won the 1993 Cup, there was no small sense of satisfaction for all those involved. Like it or not (some did, some didn’t) the race was changed forever”, said Dr McCaffrey.

Dr McCaffrey was also instrumental in ensuring the running of the 2007 Melbourne Cup during the equine influenza outbreak through his oversight of biosecurity protocols and implementation of the vaccination program for thoroughbreds in Victoria”, says Dr Suann.

During the outbreak, Dr McCaffrey had total responsibility for planning, organising and implementing Racing Victoria’s response. “The decision to impose a movement standstill of horses from the first day of the outbreak and the closure of the border crossings with NSW (with the assistance of Hugh Millar,  then Victorian, CVO), meant we were able to resume training and racing seven days later, and run the Spring Carnival and Melbourne Cup that year when racing was effectively stopped for six months in NSW and QLD”, explains Dr McCaffrey.

It was estimated that this saved the State economy $375 million and the industry an estimated $75 million in income that would have been lost if Victorian racing had stopped for the six months until the disease was finally eliminated.

Dr McCaffrey describes one of the major highlights of his career as “being in a position over a number of years, to make significant improvements to the health and welfare of not only racehorses, but other domestic animal species, both at state and national levels in various roles”.

When asked what inspired Dr McCaffrey in his career, he explains, “My father had a great love of horses and racing. He was brilliant with a horse. He showed me the majesty of the animal, along with its quirks”.  Dr McCaffrey also expresses his gratitude for the opportunity to work for, and practice with, three particular veterinarians following his graduation – Geoff Hazard, Graeme Walker and Helen Alexander. “All three were outstanding veterinarians with a deep sense of morality and ethics – qualities they demonstrated each and every day of their practicing lives”, says Dr McCaffrey.

On advice for veterinary professionals striving to achieve their best whilst maintaining a healthy work/life balance, Dr McCaffrey says “You can only do the best you can, that is all that can be asked of you. You won’t get everything right all the time. Make every effort to keep up to date, read the current literature, go to conferences and build professional networks (they just might save you one day). Finally, work at being the best communicator you can be, with clients, staff and colleagues - be empathetic, tolerant and considerate. Don’t be afraid to say you don’t know, but let people know how you will find the answer”.

Dr McCaffrey admits that he was no exemplar when it came to balancing work and life, “coming from the old school of just doing what had to be done”. At the end of 2007 when the EI outbreak was finally eliminated, Dr McCaffrey says “I was mentally and physically exhausted and had barely seen my family for six months.

Something had to change. I organised with my employer to step down from my position as Director of Veterinary Services at RVL and work part-time. Other consultancies became available which I took on with relish. My whole life changed by doing this and I am now a much happier person (and probably extended my life by ten years in so doing!!)”, says Dr McCaffrey. “The hardest decisions to make are generally the right ones, that’s my experience anyway”.

Dr McCaffrey is currently the Chair of the Board of Directors at Racing Analytical Services Ltd – a position which he describes as “a significant deviation from my veterinary career”.  He explains, “I love working alongside analytical chemists, it is a fascinating branch of the sciences and whilst mine is a governance and quasi managerial role, I have loved every minute of working there”.

Former EVA President, Dr Patricia Ellis, says “Dr McCaffrey has been a long-time contributor to the Australian Veterinary Association through the special interest group, Equine Veterinarians Australia. He has selflessly provided time and expertise to the horse industry at large, through his work with the Australian Horse Industry Council and RIRDC (now AgriFutures). His efforts with these organisations have furthered equine research and veterinary education, in Australia and abroad”.

Dr McCaffrey - we congratulate you on your outstanding achievements over the duration of your career, and we thank you for your enormous contribution to this profession, and to the AVA.

For full details of Dr McCaffrey’s contribution to veterinary science and equine welfare over the course of his career, visit this page.

An article about Cottesloe Veterinary Hospital’s David Neck who is the author of...
Treating mythological beasts

From endangered to vulnerable: The snow...

The snow leopard (Panthera uncia), once classified as an endangered species, has...
From endangered to vulnerable: The snow...

Don’t worry, being happy can help the...

Studies have shown that a positive mindset has a positive immune response...
Don’t worry, being happy can help the...