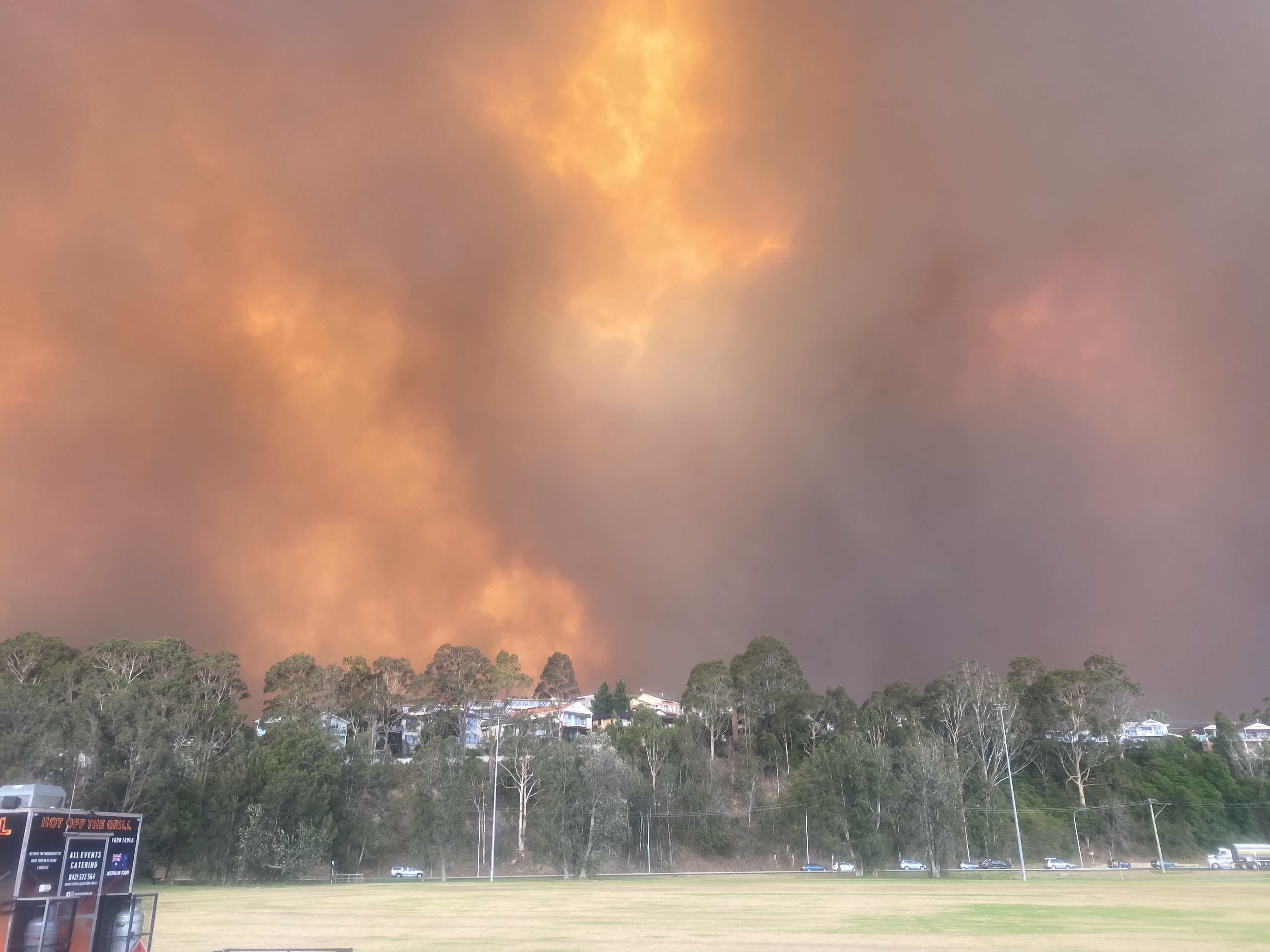 Over my many years as a country/regionally based veterinarian, I have had the good fortune not to have been directly affected by bushfires – neither have I lost property, nor have I treated animals injured by bush fire. This month that changed.

The recent Perth hills Wooroloo bush fire cut a swathe of loss, damage, grief, and distress across farming and semirural properties in the heart of my practice service area. The devastation was extensive. Over 86 homes, buildings and structures were lost over an area of sixty square kilometres. It is impossible to fully comprehend the devastation that this bushfire has brought to our community.

The fire raged for 5 days, barely under control until wind conditions finally eased. Fire services worked tirelessly to save what they could, and limit the fire spread with great bravery and service – some were injured. Fortunately, there was no loss of human life or serious injury, and with great coordination, effort and luck – the vast majority of domestic pets, horses and farm animals were evacuated to safe areas. The few that remained, miraculously survived with minor injuries – a demonstration of luck and the remarkable ability of stock to survive the rapid passing of a fire front through paddocks and properties. As for the nature fauna and flora – these have been devasted in most areas of the fire.

At least 15 of my clients lost everything – homes, sheds, cars, floats, and stables – the fire came too quickly and with too great a force - it truly was a beast. Some of these properties I have serviced for the past 30 years – now all gone.

On the second day of the fire emergency, I was contacted by a colleague who could not get access to assess and treat injured stock in the immediate wake of the fire zone – blocked by police and emergency workers – it was still too dangerous to go into these zones. What help could I offer?

The plan states that in respect of animal welfare in emergencies, where animals are not evacuated, timely assessment and the application of treatment, routine care, euthanasia and deceased animal disposal, where applicable, is critical. Access to impacted and restricted areas to undertake assessment and management of animals is at the discretion of the Incident Controller.

What eventuated, early in the fire emergency, was the activation of this animal welfare plan for the first time in WA. The DPIRD staff, RSPCA, AVA (WA), Emergency Services, Local Government, Volunteers – all came together and worked under the direction of the WA State Support Plan - Animal Welfare in Emergencies  - such that a team of dozens of local volunteer veterinarians, veterinary nurses, and wildlife carers managed to get fast and safe access to the fire zone to attend to animal welfare. For those involved, it appeared to work well and achieve its goal successfully.

For me, it was especially rewarding for animal welfare to be placed in such high importance during this emergency. Further, it was simply awe inspiring to see the AVA (WA) President, Dr Garnet Hall, coordinate, lead and represent a huge team of dedicated veterinarians to paly their part in the emergency plans.

The WA State Support Plan - Animal Welfare in Emergencies  was a magnificent success in its maiden application, a testament to the suitability and usefulness of the plan. Veterinarians were able to treat, save and care for injured animals, and through their actions were able to reassure worried stock and pet owners that their animals were ok, and not suffering. The relief that the community felt, knowing that veterinarians were sanctioned and permitted to act in a “first responder” type capacity to assist their animals was palpable – to many, these vets were heroes.

I know a small amount of the history of this WA State Support Plan - Animal Welfare in Emergencies . It is new plan/policy put in place in 2019, and its genesis was very much driven by, Dr Michael Paton (and others). Dr Paton is a long standing and passionate AVA member.

WA communities should recognise the value of such a plan, its focus on animal welfare and the key leadership role and engagement played by AVA members/veterinarians to achieve its outcomes. Thanks must be given to visionary veterinarians, who in the mould of Dr Paton, helped draft and bring the WA State Support Plan - Animal Welfare in Emergencies into reality. Veterinarians continue to play such an important and vital role in community services, animal welfare policies and animal care – it was pleasing to see the application of their work during this emergency.