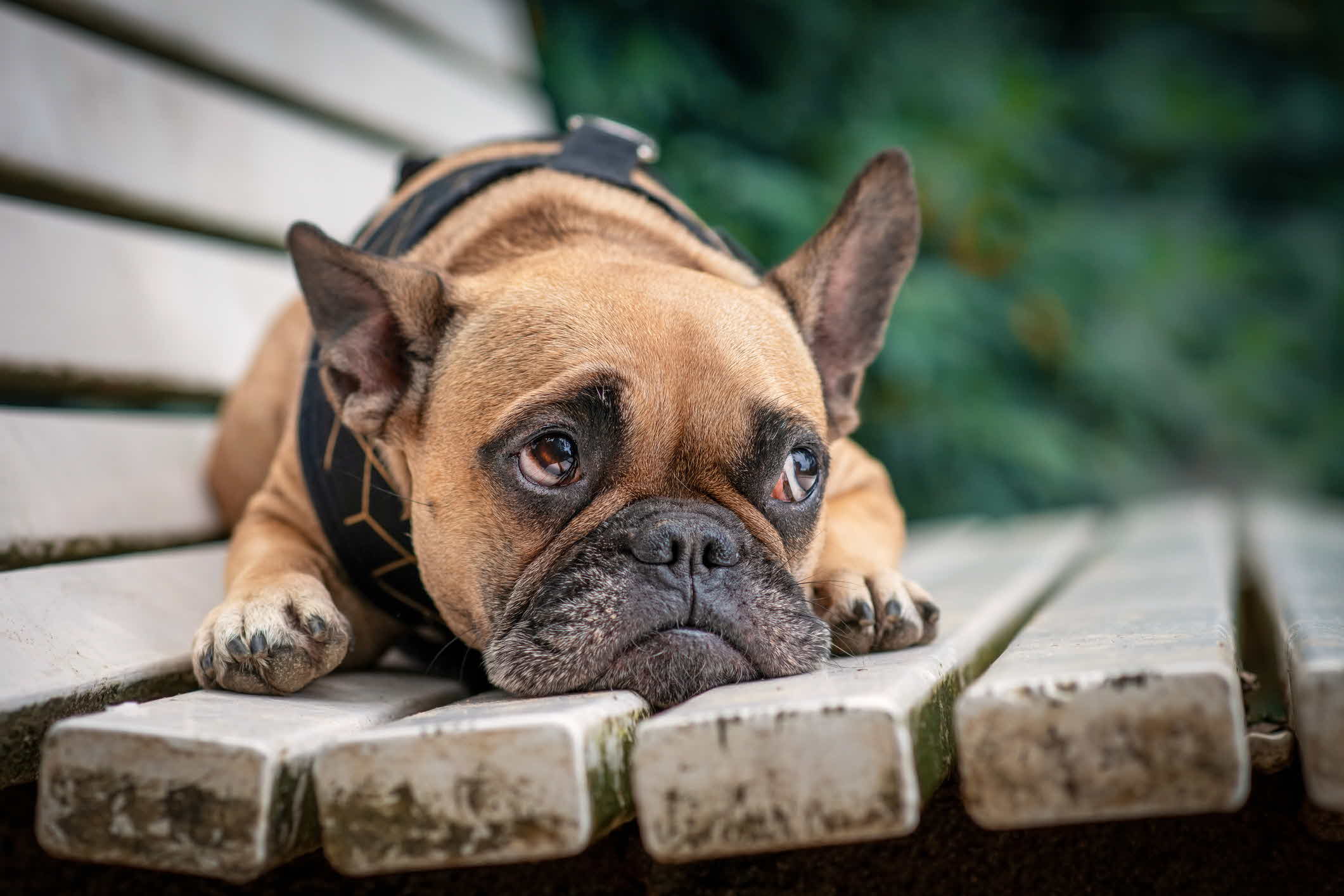 Sparky is a one-year-old French bulldog whose mission in life is to cuddle, preferably whilst snuggled up under the quilt with her owner, Josh. Unfortunately, Sparky also had a bit of a snoring problem, which seemed to be gradually getting worse.

Josh recalled that during Sparky’s puppy vaccinations, the vet had mentioned potential breathing issues in French bulldogs, so he decided to book a veterinary check-up.

Based on her snoring symptoms, the vet suspected Sparky to be suffering from brachycephalic obstructive airway syndrome (BOAS). BOAS refers to a combination of respiratory health problems commonly suffered by short-nosed dogs, such as bulldogs, pugs, and shih tzus. Due to their flat faces, the normal nose, throat and airway structures of these animals are squashed into a much smaller space. This results in compressed nostrils, excess folds of tissue in the throat, and sometimes narrower windpipes, causing increased resistance to airflow during breathing or panting.

As a result, animals with BOAS often show symptoms such as snoring and noisy breathing. Unfortunately, these problems tend to gradually worsen, and can result in decreased ability to exercise, fainting episodes, and a high risk of heat stress or emergency breathing difficulties.

Sparky’s vet recommended airway surgery to help relieve her symptoms, but advised this would cost at least $4K at the local 24-hour hospital that offered the service (and up to $10K if any complications occurred).

Josh had done some puppy care research prior to purchasing Sparky, which had encouraged him to take out a Vets Choice pet insurance policy for her when she joined the family. Josh was now very relieved that he had done so – he wanted to offer Sparky the recommended care for her issue, but wouldn’t have been able to afford the surgery himself.

Sparky was referred for airway assessment, and surgery if required. Her general organ health was screened with blood tests, and then her airways examined under anaesthetic. Chest x-rays were also performed to check her windpipe for any narrowing, which unfortunately cannot be fixed surgically.

The assessment confirmed Sparky to have BOAS, but luckily no windpipe narrowing, so she underwent corrective surgery. She was kept in hospital for one night afterwards, to monitor her for potential post-surgery complications such as airway swelling. Sparky recovered smoothly, so was sent home with routine pain relief medications and antibiotics, and instructions for a soft food diet and strict rest for two weeks. Sparky seemed to enjoy the extra pampering!

At her post-operative recheck, Sparky was given the “all-clear” (and some goodbye treats and cuddles from the veterinary staff who’d fallen in love with her).  Josh was relieved that he’d had the foresight to take out early pet insurance for Sparky, as the bill for her high-quality veterinary treatment totalled $4,098.18.

Most importantly, Josh was delighted to note a remarkable improvement in his beloved Sparky’s breathing over the following weeks. Her snoring almost completely resolved, and she seemed more settled when sleeping. She also breathed and panted less noisily on walks and seemed to have a bit more energy.

There are a lot of similarities between the treatments that pets receive and the treatments that we humans receive. Most often, the same machines, medications and even the same treatments are performed. However, unlike human medicine, there’s no Medicare for pets. Which means without pet insurance, pet owners will be facing the full cost of emergency treatments and care.

This is why Guild Insurance and the Australian Veterinary Association (AVA) created Vets Choice - to help more Australian pets become protected by insurance and ensure they get the care they need when the unexpected occurs.

Click here for more information about Vets Choice insurance for your pet.

Pyometra is a critical condition requiring immediate treatment as it may be...
What is Pyometra?

Cancer is a serious illness in both humans and animals...
Cancer in pets