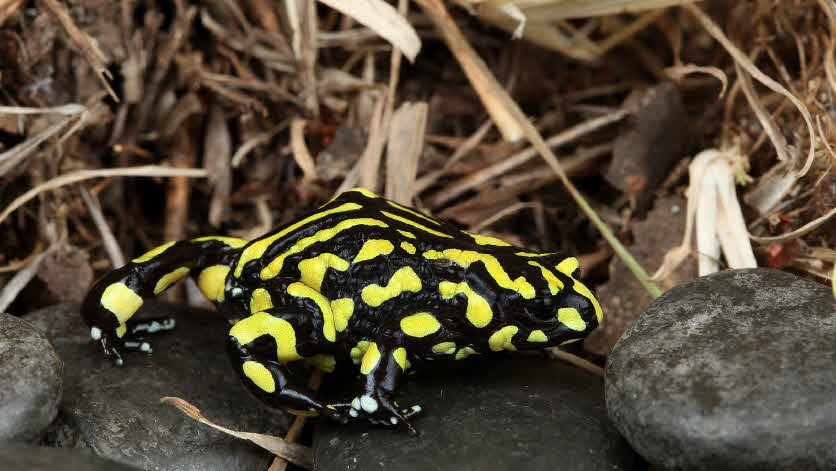 Research indicates that half of all amphibian species could be at risk of extinction. Work finding solutions to protect at-risk amphibians recently received a boost, with a 2019 Australian Research Council (ARC) Future Fellowship being awarded to University of Melbourne Associate Professor Lee Skerratt and his team at the Melbourne Veterinary School’s One Health Research Group.

The research will focus on identifying Corroboree frog genes associated with protective immunity to Chytridiomycosis – a fungal disease responsible for dramatic population declines in over 500 species of amphibians including 90 extinctions. The project will be the first to apply transgenesis to wildlife conservation, a process involving insertion of the required immunity genes into vulnerable frogs and then assessing the effectiveness of the inserted genes at protecting frogs from the disease.

Another major threat to Australia’s endangered wildlife is predation by feral cats. In June this year, the WA State Government was the latest state to declare feral cats as pests to support conservation efforts.

This came after a 2015 national Meeting of Environment Ministers, where each Minister agreed to endorse the national declaration of feral cats as pests, and to also pursue the development of a national best practice approach to the keeping of domestic cats to minimise their impact on local wildlife.

A review of the WA Cat Act (2011) is underway, with public consultation just completed. In Perth’s southwest, local councils supported by funding from the state Natural Resource Management program, and collaborating with Murdoch University, are researching educational videos to encourage compliance with the Act and raise awareness of how domestic cat containment benefits cat welfare and wildlife. Initial findings show the community values information presented in video format, provided the videos are succinct.

The online training course will have global application. DRA’s have been used to inform agricultural trade decisions and conservationbased species reintroduction or translocation efforts. As human-wildlife and domestic animal interactions increase, its potential use is much wider in relation to biosecurity and public health, with the aim of providing efficient and costeffective disease prevention and mitigation strategies.

The training resource will be based on the Manual of Procedures for Wildlife Disease Risk Analysis endorsed by the World Conservation Union (IUCN) and the World Organisation for Animal Health (OIE), and is planned to become available during 2020.

With the onset of summer weather, veterinarians are commonly exposed to the impact of several species of Australia’s venomous snakes through treating snakebite envenomation in pets. However, spare a thought for two lesser-known Australian snake species, the Leaf-scaled Seasnake and the Shortnosed Seasnake, both listed as critically endangered due to their restricted geographic range in the seas off Northern Australia.

Further research is required to understand the threats facing these endemic sea snake species and how best to protect them.

Ten years from the start of the equine...

The response to the influenza outbreak was the single largest animal disease...
Ten years from the start of the equine...

Pets prove to be a positive influence on...

Research shows that pets, and dogs in particular, can in fact bring people and...
Pets prove to be a positive influence on...

An article about Cottesloe Veterinary Hospital’s David Neck who is the author of...
Treating mythological beasts

A crash course in antibiotic use

With antibiotic resistance becoming a global threat to human health, researchers...
A crash course in antibiotic use