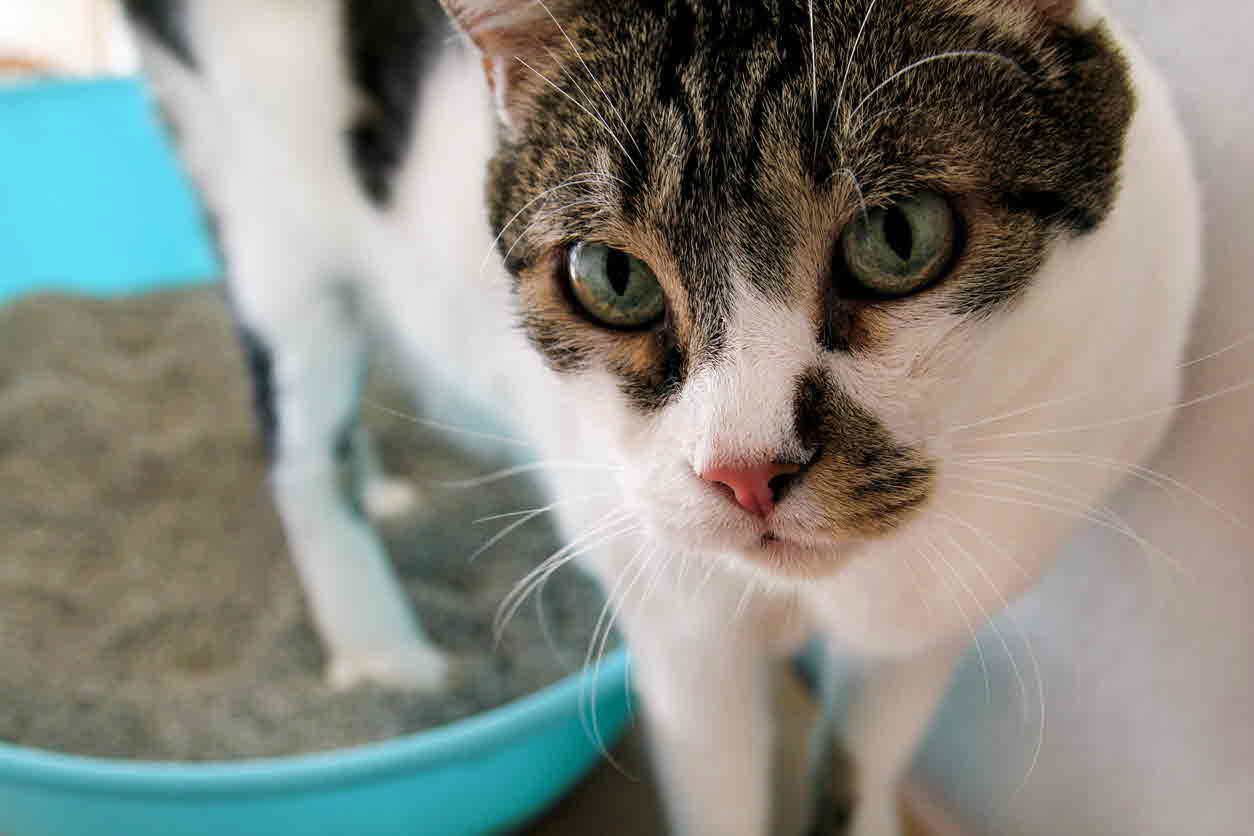 There is a growing interest and awareness of behavioural issues in cats.

One of the things that researchers know relatively little about is cat elimination behaviours – spraying and toileting out of their litter box – with studies focusing predominantly on the effectiveness of treatments for these behaviours rather than the cause. Given that inappropriate elimination is cited as the most common reason for owners in the USA to surrender their cats,1 understanding the underlying causes for these behaviours is important for not only treating them but preventing and implementing strategies to alleviate these behaviours. According to the RSPCA, the most common reason given for surrendering cats in New South Wales is moving to a new residence where pets are not allowed, with affordability coming in second.2 But anyone who has a cat that sprays everything in the house may feel differently.

The broad reasons for inappropriate toileting are well recognised and include litter box guarding, stress, or that the cat simply doesn’t like the litter box. However, cats apparently also display nuanced micro-behaviours that can be used to attain a deeper understanding of the reasons behind inappropriate elimination.

Cats can be very sensitive to their litter box, and their perception of litter box quality (litter box size, types of substrate and quality, odour control absorbency) can lead to dissatisfied litter box behaviours such as raising a paw while eliminating or scratching at the side of the litter box.

The authors of a new study in the Journal of Applied Animal Behaviour Science3 argue that any changes in the sequence of feline elimination behaviours can signal dissatisfaction and may be a precursor to inappropriate elimination. The paper assessed elimination behaviour of domestic cats in two different environments: an enriched environment and a ‘sterile’ environment like what might be found at a veterinary clinic.3 The enriched environment consisted of a large room with a large, steel litter box comprising loose sandy clay litter, elevated boarding and toys, and was designed to provide a positive elimination experience. By contrast, the second environment was purposely clinic-like and designed to provide a negative elimination experience, with a small commercial litter box containing polypropylene beads enclosed in a transparent cat habitat.

The elimination behaviour of 12 domestic shorthair cats were videotaped in each environment and an ethogram cataloguing specific behaviours pre-, during and post-elimination was developed to compare the cats in the two environments.

The authors describe 39 different behaviours associated with feline elimination and suggest that elimination sequence is much more complex than first thought. When in the clinic like environment, cats were less inclined to use the litter box, appearing to ‘hold it in’, eliminating less frequently and for longer durations. Cats also appeared to be more restless in the clinic-like setting, walking and pivoting more frequently than when in the enriched environment. And this makes sense if you think about it in terms of human behaviour; we’re not exactly relaxed when we’re busting to go.

The cats also pawed more frequently and for longer after an elimination when in the clinic-like setting, with the authors suggesting the lack of litter material to properly prepare and/or bury an elimination can result in redirection of pawing behaviour to any other available surface.

The authors highlighted the importance of olfactory perception to cats’ satisfaction of their litter box, with cats spending longer sniffing the litter during pre-elimination when in the enriched environment and spending longer sniffing their elimination (and going back to sniff ) when in the clinic-like environment. Other observations made by the authors are summarised in Table 1.

Allowing our feline friends to perform their complete range of behaviours during their elimination ritual may greatly help avoid any unwanted elimination behaviours. Thanks to research like this, we are one step closer to better understanding these behaviours in our feline companions and the extent to which these can affect litter box dissatisfaction and inappropriate elimination.

Table 1
Behaviour of 12 domestic shorthaired cats in the clinic-like environment in comparison to the enriched environment.

What to do about thunderstorm phobia

Help! My cat is peeing everywhere…

Sadly, inappropriate urination (or peeing in the wrong place) is the number one...
Help! My cat is peeing everywhere…

Is separation anxiety always the reason?

Pets need to be properly diagnosed before you can call any adverse behaviour...
Is separation anxiety always the reason?